Morgan recently heard from someone that a good grant proposal must start with “In this proposal we ” and it must be followed by a hypothesis that will be tested. Harumph! Nonsense! First and foremost, a proposal must solve a problem that someone wants solved! If a hypothesis is part of solving that problem, that’s fine and good. But just having a hypothesis doesn’t do anything to convince reviewers that the work is interesting or worth funding. Convincing them of those vital things (interesting and worth funding) is all about psychology, not about “having a hypothesis”. Morgan delves into this issue, and mentions an upcoming series on grant writing that you won’t want to miss. 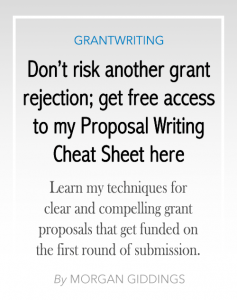